Epidural denial. Thoughts from the frontline 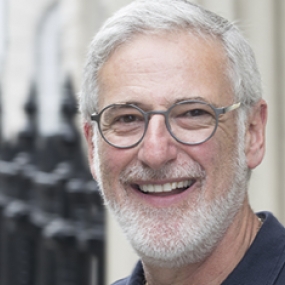 The current debate about women being denied epidural pain relief in labour, highlighted by the Sunday Telegraph on January 27, brought a strong sense of déjà vu. About eight years ago, I agreed to be on the receiving end of a live webchat about this issue for Mumsnet, answering points raised by their understandably concerned members in a Q&A format. I stand by what I said at the time:

“Women giving birth in a civilised society should have free access to epidural pain relief, along with any other methods which have proven benefits. If I were giving birth - an unlikely proposition - I would have an epidural within five minutes of my bum landing on the bed. But, what I think is best is completely irrelevant to you, the woman in labour. My job, and that of your other professional birth attendants, is to provide you with the necessary information to allow you to weigh up the relative risks and benefits and then to make your own choice. If whale music and clary sage aromatherapy do it for you, then whale music and clary sage aromatherapy should be what you get.

“Women's choice means nothing if they can only 'choose' what their healthcare attendants think is best for them. This kind of paternalism has rightly been condemned in medicine and is, I hope, on the way out. It should go without saying that the same should apply to all caring professions, especially those which claim to advocate for the patient."

The artificial constraints imposed by some practitioners can greatly limit access to epidurals, and of these, one of the most insidious and all-encompassing is best characterised as “Less than 4 cm, not in labour: 7 cm or more, in transition and about to deliver”, which suddenly shrinks the viable epidural period to a 4 cm window which can, in any event, easily be missed with four-hourly vaginal assessment. The National Institute for Health and Care Excellence very reasonably got its teeth into this one, and their guidance clearly states: “If a woman in labour asks for regional analgesia, comply with her request. This includes women in severe pain in the latent first stage of labour."

There are a number of obstacles which, in practice, get in the way of this utopian vision, and these are worth considering. Firstly, the benefits of an epidural late in labour are understandably less than they are earlier in labour, and women entering the second stage sometimes cannot cooperate well with the anaesthetist, thus increasing risk. None of this is a contra-indication to an epidural, however, as long as the woman understands and accepts the risk:benefit balance. Second stage can last a long time, and can sometimes be terminated by instrumental delivery or Caesarean section, both of which are most safely and comfortably accomplished with a pre-existing epidural.

More commonly, it is staffing that is an issue. An anaesthetist is an essential pre-requisite for an epidural, and the College’s GPAS and ACSA standards include several relating to provision of dedicated obstetric anaesthetists on the maternity unit. This does not mean, of course, that the anaesthetist will not be tied up with a Caesarean section, but the new Quality Improvement Recipe Book includes recommendations for maximum times to respond to an epidural request1. Sadly, it is more often midwifery staff shortages which prevent safe delivery of epidural analgesia. Any formal inquiry, such as that promised by the Secretary of State into epidural denial, will need to address this long-standing and pernicious problem. It is at the root of so many of the current safety issues facing maternity care in the UK, and we should support our midwifery colleagues in waving this particular banner.

The article in the Sunday Telegraph suggests that some midwives might be ‘protecting’ their patients from epidurals as part of a ‘natural childbirth’ agenda. This has been the subject of considerable – and often vituperative – debate over recent years, and the Royal College of Midwives has backed down from its more strident position on this issue following criticism after the Morecambe Bay report, amongst others. I will not be alone in fervently hoping that this mindset is not found to be contributing to women being denied the pain relief that they seek.