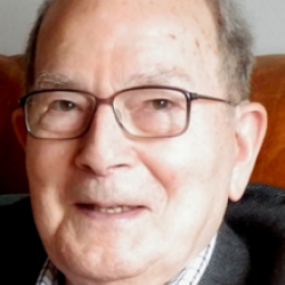 David Zuck displayed a keen interest in the potential of early incarnations of the personal computer, such as the Sinclair ZX81. His programming skills were self-taught and enabled him to produce some of the first multiple choice questions for trainees to answer during tutorials. He embraced new technology and realised the power of the inter-net from its earliest days, using it extensively in his research for the book on Snow and producing the first website for HAS. His interest in times past was wide-ranging: as well as his work on anaesthesia and medicine, he researched the history of the English letterbox, amongst other topics. His family emigrated from Suwaki (then part of the Russian empire, now in norh-east Poland) to England circa 1910. David married to Bella Polatowsky in 1950, and they had a son and a daughter.

Sources and any other comments: ‘Boulton’ form completed 29 January 1988; Briefing note for interviewer, AAGBI archive recording, June 2015. Photograph provided by David's son, Michael, who has revised the surname to  Zuke.