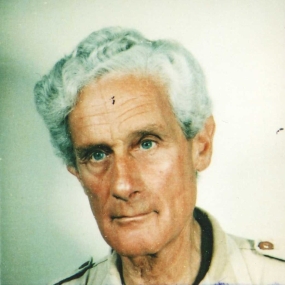 After qualifying Holmes was house physician at Murray Royal Hospital (mental) in Perth, Scotland. From 1939 he was appointed to resident anaesthetist posts in Edinburgh. He was posted to Law Junction E.M.S. Hospital in 1941 and in 1942 he was commissioned in the RAMC. He served as RMO in Kirkwall, Orkney 1943-44, as Major in a specialist maxillo-facial surgical team in France 1944-45, and through 1945-47 in a military hospital in Berlin, where he was acting Lieutenant-Colonel. In Berlin his skills as interpreter were much in demand. On discharge, he joined the Department of Anaesthetics at the Royal Infirmary of Edinburgh, where he was appointed a Consultant in 1948. He worked there until his retirement in 1977.

Holmes believed that in the 1930s most surgical deaths and complications were due to inadequate anaesthesia, preparation, assessment and aftercare. He soon developed his interest in obstetric anaesthesia and analgesia and its effects on the newborn. This led to his two classic papers (1960) on the supine hypotensive syndrome of pregnancy, which was particularly apparent under spinal anaesthesia -confirming the cause of caval compression by the gravid uterus. However, he published on a broad range of topics including electrical anaesthesia, pulmonary complications, the use of hypotensive anaesthesia to produce a bloodless field for surgery of the middle ear, and neonatal resuscitation. He co-authored (with John Gillies) the chapter on Induced Hypotension in volume 2 of Evans & Gray’s textbook ‘General Anaesthesia’ (2nd edition, 1965).   He was President of the (then) Association of Anaesthetists of Edinburgh 1962-63, and President of the Scottish Society of Anaesthetists 1974-75.

Frank Holmes was a private, modest man who stuck to his guiding principles. He married Thora MacLeod in 1943 and they had two sons and a daughter. Sadly Thora died suddenly just before his retirement in 1977. The following year he married Anne Wortly Crosbie and they enjoyed 25 years together, moving to a converted mill in East Lothian. There Frank pursued his hobbies of fishing, shooting and stalking as well as gun dog training, gardening, carpentry and photography. In 1974 he published a book ‘Following the Roe.’

Image provided by Frank Holmes to Alistair McKenzie in 2001