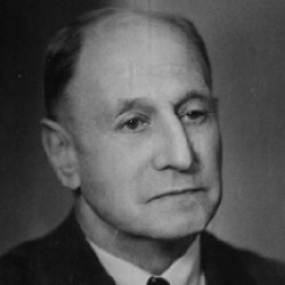 Also known as: Original family name Blumfeld – changed at the start of WW1.

After various house posts at St George’s Blomfield took the very unusual (for that time) step of specialising in anaesthesia once he had obtained his MD, most practitioners with such an interest expressing it part-time while working in general practice. He held appointments at a wide range of London hospitals besides St George’s (St Mary’s, Metropolitan, National Dental, Grosvenor Clinic for Women & Children, and King Edward VII for Officers), but his teaching hospital, where he was senior anaesthetist from 190? until retirement in 1931, was always at the centre of his activities. During WW1 his work there was associated with a commission in the Army, and he worked for the EMS during WW2.

Blomfield made major contributions to the organisations of the specialty. Elected to the (London) Society of Anaesthetists in 1900, he was its Honorary Secretary in 1905 and led the group who championed joining the newly established Royal Society of Medicine, being a founding member of the Section of Anaesthetics in 1908, its President from 1912-14 and representative on the Library Committee for many years. Later, recognising that the specialty needed an organisation which could pursue ‘political’ matters he was closely involved with the establishment of the AAGBI, being a founder member in 1932, Vice-President 1933-5, President 1935-8 and Honorary Secretary 1939-41. Through the AAGBI he was closely involved in the establishment of the DA(RCP&S) in 1935. His literary activities were immense. A founding board member of the British Journal of Anaesthesia in 1923, he was its Editor from 1930 to 1948, and for many years wrote on anaesthesia and other subjects for The Lancet. He contributed to many text books and produced two definitive books of his own. In addition, he was a member BMA’s Anaesthetic Committee, and the RSM’s representative on the Medical Research Council, acting as chairman of its anaesthetic committee for many years. In that role he was closely involved in the introduction of Avertin into British practice. He was appointed OBE in 1919 for his WW1 work.

Blomfield married twice, a son resulting from the first marriage. His second wife was Dorothy Kathleen Bell, honorary secretary to the Society of Genealogist and also secretary for the BJA. Blomfield was clearly a ‘character’, as illustrated by this quote from the Lancet’s obituary: “As an editorial contributor to our own columns he was for many years a valued and entertaining colleague. In those relatively spacious times it was his habit to drop into the office after lunch, wearing a button-hole, smoking a cigar and bearing a manuscript which could be deciphered only by the expert. (When he bought a typewriter the results were so remarkable that our printer begged him to return to the pen.) His notes on anaesthesia showed wit and judgement; and he was always prepared to write on other subjects, having a distinct journalistic talent as well as associations with Fleet Street.”

Sources and any other comments: The obituary in Anaesthesia (1949; 4: 89-93) gives a fascinating insight into the specialty in the first half of the 20th century as well as a full account of Blomfield’s career. Additional material from The Lancet (20/11/1948) and The BMJ (20/11/1948). The photograph is courtesy of the Association of Anaesthetists of Great Britain and Ireland.