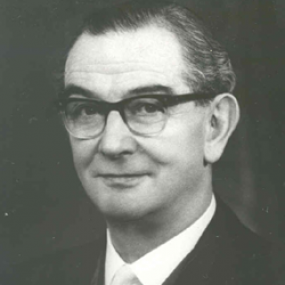 After early appointments as house surgeon, ENT house surgeon, & out-patient officer at Guy’s he was for two years (1930-32) assistant anaesthetist to its dental school. He then became anaesthetist at the Cancer (later Royal Marsden) and a number of other hospitals. The Marsden was his main hospital, but his longest surviving associations were with the Gordon (part of the Westminster group) and St Beatrice Hospitals from which he eventually retired at about age 70. Work during WW2 included the Emergency Medical Service.

Jarman made a number of important contributions, notably the introduction of iv induction of anaesthesia in Britain, first with hexobarbitone (1934) and then pentothal (1935). He was also an early proponent of anaesthetic charts, and of analysing deaths occurring under anaesthesia, drawing attention to the association with untrained, inexperienced and (usually) newly qualified doctors. A three way syringe system which he devised for ‘Twilight Sleep’ in labour (morphine & scopolamine) is part of the London Science Museum collection. He organised one of the earliest postgraduate lecture courses in Britain and lectured enthusiastically at home and abroad. He made major contributions to the organisations of the specialty, notably the AAGBI: founder member (1935), president (1959-62); and the section of anaesthetics at the RSM: president (1948-49). He received a number of awards: FRCS by election (1964); John Snow Silver Medal, AAGBI (1969); FFARCSI Hon (1970).

At the start of WW1 he was a schoolboy in the Officers Training Corps and became attached to the army staff as a dispatch rider. Still under age, he joined the Royal Naval Air Service and trained as a bomber pilot. Patrolling the Western Approaches he survived being shot down four times, once waiting afloat for four days to be rescued. Mentioned in Dispatches by both France and Britain, he was awarded the DSC in 1917 for spotting and sinking a submarine lying in wait for a troopship. Known for his kindness and lack of criticism of others, he married to Mary P Cumming in 1928 and they had two sons.

Sources and any other comments: Obituaries. Anaesthesia 1973; 28: 197 & BMJ 1973; 1: 179-80 | Ancestry.co.uk | Medical Directory | Heritage Centre of the Association of Anaesthetists who also kidly provided the photograph.