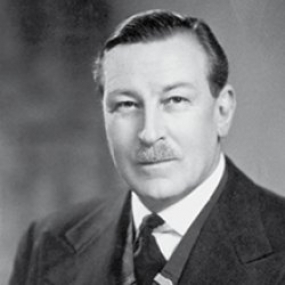 Low’s training was interrupted by WW1 in which he served with distinction as a gunnery officer, winning the MC. His early career was in general practice, with administration of anaesthetics as an integral part, but one which came to predominate. He was elected an Honorary Anaesthetist to St Thomas’s in 1931, and was also on the Senior Staff of the London Chest, St Mark’s and Royal Masonic Hospitals. With the onset of WW2 anaesthetics had become his full time occupation, and he worked at St Thomas’s until 1959.

His major contributions were in organisation and administration, particularly of the AAGBI, serving as its Honorary Secretary (mid 1940s), Vice-President (1949) and President (1950-3). Thus he was closely involved in the developments in both the NHS and the specialty in that period, was a member of the Foundation Board of Faculty and also President of the Section of the RSM (1950-1).

Tall, with a build to match, he was a charming and kind man who was a keen Freemason and a dedicated golfer.

Sources and any other comments: Obituary. Anaesthesia 1970; 24: 587, and thanks to Dr D Justins for reviewing the form and providing some additional material. Photo from College collection.