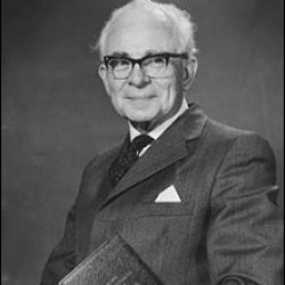 Shearer worked briefly in general practice before taking up his first anaesthetic post in Swansea, from where he was called up in 1941. He was Lieutenant, then Captain, in the RAMC, serving in Britain, Sierra Leone and India. He attended an Oxford anaesthetic course for the military in 1943 and took part in the D-Day landings in 1944. After demobilisation in 1945 he worked for a year as an anaesthetist in Law Hospital, Lanarkshire before applying for, and being appointed to, the joint posts of Lecturer in Anaesthetics, St Andrews University and Medical Officer in Anaesthetics at Dundee Royal Infirmary in 1948. With the inception of the NHS he became consultant anaesthetist and head of the department, roles he held until retirement in 1972.

Shearer was an excellent clinical anaesthetist, much influenced by the techniques he had learned in Oxford, happiest in the operating theatre, but always accompanied by his portable typewriter for departmental administration. He had no time for committees, but under his supervision the department still grew from one resident and a few part-time GPs to a staff of 24. Although he took some pride in providing a service with the minimum of resource, new developments (e.g. cardiac anaesthesia, lung ventilation) were catered for. His lectures to medical, dental & nursing students were enlivened by demonstrations of anaesthetic explosions which were not unknown for the alarm they could cause!

A strong supporter of anaesthetic societies in Scotland, he was President of the Scottish Society (1953) and co-founder of the joint Aberdeen/Dundee, North-East of Scotland Society. He also encouraged his colleagues to attend evening meetings in Edinburgh (long before motorways and road bridges across the Firths of Forth and Tay made that an easy journey), ensuring a good turnout by putting on call those who chose not to go! Those who went found him a kind and supportive mentor.

The son of a Baptist Minister, he left school at 14 and joined Boots the Chemist, training as a pharmacist. He met his wife, Gertrude Beatrice (Betty) Jeffries, while working in Swansea and they enjoyed canal boat holidays, he steering and she working the lock-gates! They had one son, a keen skier, for whom his father waited dutifully in cafes for hours on end to return him home!

Sources and any other comments: McGowan S. Anaesthesia in Dundee (1847-1964). Proc Hist Anaes Soc 2007; 37:23-35 I thank Dr Iain Gray for reviewing the script, and the Department of Anaesthetics, Ninewells Hospital, Dundee for use of the photograph.