Raising the sky: women in anaesthesia 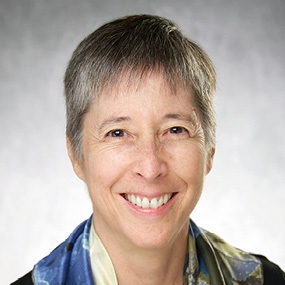 Past Chairman of the Communist Party of China, Mao ZeDong, is credited with stating that “women hold up half the sky”. While not a great fan of Chairman Mao, I am 100% with him on this one. But I fear the sky is still sagging.

It’s certainly less of a man’s world than it used to be, but it’s still a man’s world. There are plenty of examples in and out of academic medicine. For example, I am the Chair at the Department of Anesthesia at the University of Iowa (US) and all the surgical chairs – there are seven of them – except for Obstetrics and Gynaecology , are men. The chairs of the other hospital-based departments are men. It hits me every time I walk into a meeting room with them, still often the lone woman. I appreciate my male colleagues dearly – I’ve learned a lot from them – and I’m happy to work with them, but I still wish I had more women colleagues. For my entire career – I have grey hair, so this interval spans over three decades – I have been looking forward to a time when I would not notice gender when I walk into a room full of professional colleagues. It hasn’t happened yet, and sadly, it is unlikely to happen in my professional lifetime.

Don’t get me wrong, I feel no active discrimination. I don’t think my gender – I identify as a woman – has held me back – except I blame my inability to throw a baseball on the lack of girls’ baseball teams when I was a kid. But I think I am poorer for not having had more women colleagues, and I certainly think healthcare in general, and academic medicine in particular, is poorer for not having more women leaders. Plenty of research in and outside of healthcare has shown that a more diverse workforce results in a better product. Specifically, a more diverse healthcare team results in better healthcare and a better work environment for healthcare providers.

In some ways, we appear to be making progress, and in others we are not. My first publication, written as a high school student, was a letter to the editor of our local newspaper in early 1970s. I asked that they stop calling married women by their husbands’ names – Mrs. John Doe. While declining to make a change at the time, they have since done so! In middle school, we girls were required to take sewing and cooking and the boys were required to take woodworking and auto mechanics. This requirement, too, has changed - although I appreciate having sewing and cooking skills, I wish I also had better carpentry skills.

We’ve made progress on the professional front, too, but not enough. For example, the number of research grants awarded to women has increased in the past two decades, as well as women in leadership positions of professional organisations. But the number of women anesthesiology department chairs in the United States has remained stagnant over two decades – 12% - 14%. Except for the British Journal of Anaesthesia (BJA), Jennifer M. Hunter, MBE, 1997 - 2005, no general anesthesiology journal has had a woman editor-in-chief.

March is International Women’s Month and March 8, 2020 is International Women’s Day. To celebrate and promote Women in Anaesthesia, the BJA has published a special issue of the Journal. I had the honour of guest editing this issue, along with Ramani Moonesinghe, Christa Boer, Jennifer Hunter and Hugh Hemmings. The issue includes a wonderful collection of articles about women in the anaesthesia workforce and leadership positions, proposed actions for improving diversity and equity, inspiring stories of past women giants in our field, survey studies of work experiences of men and women, original research with women study subjects, and editorials and review articles focused on some aspect of women in anaesthesia. I recommend checking it out – I think it is inspiring and it may help us raise the sky.