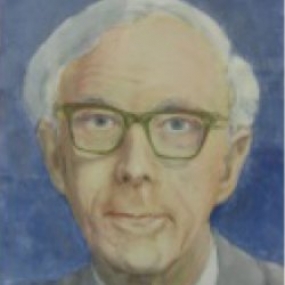 His major interest was in neuroanaesthesia, developing & researching anaesthetic techniques, applying intensive care methodology, training & mentoring others interested in this aspect of the specialty and founding the Neuroanaesthetists Travelling Club in 1965. He also made major contributions to other organisations: Board of Faculty (examiner, elected member of Board, Vice-Dean); RSM Section (member of Council, honorary secretary 1965-7, president 1973-4); AAGBI (elected member of Council 1957-60); BJA (Editor of P-G Issues, Chairman of Editorial Board 1959-85); president of Manchester Medical Society and its anaesthetic section. For the Faculty he delivered the 1966 Clover Lecture and received the Dudley Buxton Prize; the AAGBI made him an honorary member (1980).

He married Kathleen Jean Allman and they had a son (a consultant rheumatologist) and a daughter. Outside medicine his interests were his church and his garden.

Sources and any other comments: ‘Boulton’ Form | Horton JM. Andrew Rennie Hunter 1915-1991. Proc Hist Anaes Soc 1991; 9B: 95-6 | Medical Directory | Archives Service, University of Glasgow
The picture is of a painting by Richard Neave and is used with permission from the Manchester Medical Society.