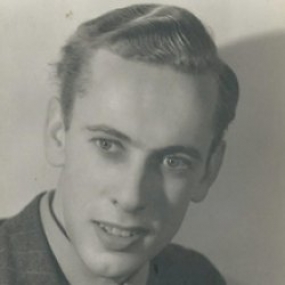 Chris Linton began his Junior Hospital Jobs as a casualty officer and then house physician at Southmead Hospital. He then worked as an obstetric officer before entering General Practice in Bristol, in March 1951. A year later he took up the post of resident anaesthetist at United Bristol Hospitals before taking a number of registrar posts at Southmead, Hillingdon Hospital and Peterborough, with a brief period as a Locum Senior Registrar Anaesthetics in Nottingham. In 1957 he was appointed as Senior Registrar at Norfolk and Norwich Hospital including Burroughs Wellcome Fellowship at UCLA, USA October 1959 to September 1960. He was appointed Consultant Anaesthetist in Portsmouth in 1962. In 1968 Chris took a one year sabbatical working with Dr Christiaan Barnard in Groote Schuur Hospital in Cape Town, South Africa. In 24 years as a Consultant in Portsmouth, apart from a hernia repair, he was proud of the fact that he never had a day of sick leave.

Member of Association of Anaesthetists of Great Britain and Ireland and Anglo-American Medical Society. Publication of paper “Sweating and Anesthesia” in Anesthesiology Journal 1961 with abstract in Year Book of General Surgery.

Chris was a keen pilot and he and Mr Robin Denham, a consultant orthopaedic surgeon he worked with in Portsmouth, founded the British Pilots Association. He met his future wife Carol when working at Groote Schuur Hospital, Cape Town, where she was a theatre sister. Their daughter Annabelle was born in 1975. He retired from the NHS in 1986 aged 65, but continued working in the private sector until he was 70. He passed away in 2014.

Sources and any other comments: Material from personal communication from Carol Linton; material from History of Portsmouth Anaesthetic Department.