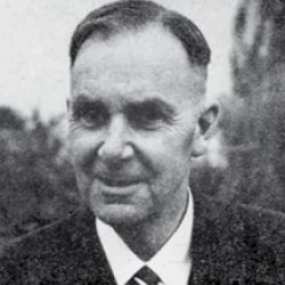 Hewer served in the RAMC towards the end of WW1, working with Torrance Thomson of Edinburgh who had an original, continuous gas flow, ‘Gwathmey’ anaesthetic machine. He was appointed House surgeon at Bart’s in 1918, but thereafter concentrated on anaesthetics, being appointed to the hospital staff in 1924. Bart’s was his base hospital until retirement in 1961, but he also worked in the the Hospital for Tropical Diseases, the Brompton, the Queen’s Hospital for Children in Hackney, St Andrew’s Hospital, Dollis Hill and the Luton & Dunstable Hospitals.  During WW2 he was an anesthetic specialist in the RAMC.

From an early stage Hewer was seen as an innovator, working with Boyle on the development of his eponymous continuous flow machine. Hewer evaluated developments (his own and those of others) very carefully, becoming one of the UK’s leading specialists, noted also for his work on anaesthesia for thoracic and thyroid surgery. During the war he was involved in the study of trichloroethylene as a ‘battlefield’ alternative to ether and chloroform. His clinical skill was reflected in requests to anaesthetise members of the Royal Family and Winston Churchill.

He served the organisations of the specialty (Secretary of RSM Section 1930-1, President 1936-7; Vice-President AAGBI; member of Foundation Faculty Board) and received many honours (Faculty Frederick Hewitt Lecturer, 1959; RSM Henry Hill Hickman and AAGBI John Snow medals, both in 1966; Hon FFARCS, 1969), with his outstanding contributions having been as an Editor. In 1932 the first edition of ‘Recent Advances in Anaesthesia and Analgesia’ was published, the 14th edition appearing 50 years later. In between it was recognised as the definitive word on developments, as eagerly awaited as any novel. When the AAGBI launched its own journal, ‘Anaesthesis’, he was its first Editor, serving for 20 years, then becoming Advisory Editor for 10 years and finally Editor Emeritus for another 10 years until his death.

His grandfather, father and maternal great uncle (John Langton, a surgeon who was ‘Adminstrator of Chloroform’ at Bart’s, 1865-8) all qualified at Bart’s. A shy, but not unsociable man with a life-long love of fast motor cars, he had a dry sense of humour which did not spare his surgical colleagues. His final years were marred by the death of his wife, Phoebe, seven years before him, plus increasing deafness and ill-health. He was survived by a daughter and two sons, one a neurologist whose son is a paediatrician.