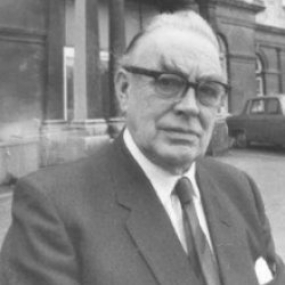 Early appointment as a house surgeon at Manchester Royal Infirmary, was followed by junior anaesthetic posts (details unknown). In 1929 he was appointed honorary anaesthetist at Northampton General, also working at St Andrew’s & St Matthew’s, local private hospitals. The General remained his base, although from 1940 he was also at Manfield Orthopaedic Hospital, and he was the first consultant anaesthetist to be appointed in Northampton on the inception of the NHS, becoming emeritus consultant anaesthetist on his retirement in 1968.

A founder member of the AAGBI he received its Pask Certificate of Honour in 1982 for his pioneering work on postoperative recovery areas having visited the USA & Sweden to see units there before opening one in Northampton. One of his sons believes that he was an early (pre-WW2) user of curare to modify convulsions during ECT, but this needs confirming. In retirement he wrote a history of Northampton General Hospital (details below).

His father (John T Waddy) was a Methodist Minister whose role required a house move every two years, hence the multiple schooling. He married Ethel Waddy (a first cousin who was also an anaesthetist), and they had two sons. A grandson is a physician with ITU interests.