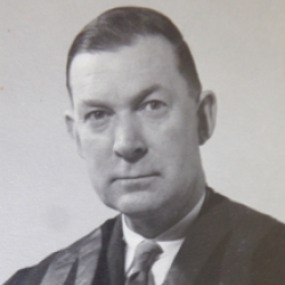 Cartwright had a long-term involvement with anaesthesia for dentistry, and an interest in anaesthesia for ENT surgery, having worked with Sir Victor Negus, but is best known for his work on the history of medicine. His interest grew from his teaching activities, and eventually led to a course on the history of medicine and the establishment of a small department (of which he was head) at King’s. He was one of a very small group of people who encouraged interest in the history of our specialty after WW2, notably through his first book, ‘The English Pioneers of Anaesthesia’ (1952), but his interests spread wider as is shown by the later survey, ‘The Development of Modern Surgery (1967). He encouraged collaboration with professional historians, and his studies explored just about every aspect of medicine’s history, this culminating in ‘Disease and History’ (1972), a work of great scholarship that explored the influence of disease on important events. It was eventually translated into ten languages, with a second edition (2000) produced a year before his death, and a third (further revised and updated by his co-author, Michael Biddiss) in 2014. His contributions led to awards from many organisations: The Listerian Society at King’s: president (1959-60); RSM section on the history of medicine: president (1975-7), later honorary member; Faculty of the History and Philosophy of Medicine and Pharmacy: Sydenham medallist (1978), president (1981), later honorary fellow.

He married Patience Hart Collins, and they had three daughters: Jean, Ruth & Ann. A knowledgable gardener, he was an enthusiastic writer of letters to the editor of ‘The Times’, his contributions spanning a total of 65 years!