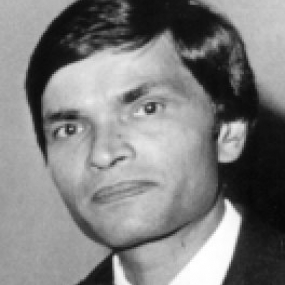 HP worked at the Civil Hospital, Ahmedabad after qualification, initially as a house officer in obstetrics & gynaecology (one year) and in medicine (six months) before being resident anaesthetist (two years). He then came to UK in 1965 as registrar in anaesthetics, first at Queen Mary’s Hospital for the East End of London for a year, followed by two years at the Whittington Hospital. He was senior registrar at King’s College Hospital, London and appointed a consultant at Queen Victoria Hospital, East Grinstead in 1976, but retired early in 1994 because of ill health.

Major interest in anaesthesia for burns, maxillofacial & plastic surgery, editing a text on these aspects published in 1994, and with a particular research interest in cerebral effects of induced hypotension. Known for the artistry and skill of his work, he was an inspirational teacher.

Married to Kathryn (nee Yendall), their hospitality was legendary, this often being offered at their narrow boat on the Oxford Union Canal. He was also a keen pilot, having started with gliders in India, and obtaining his private licence in the UK. He and his wife spent their retirement in Cyprus.