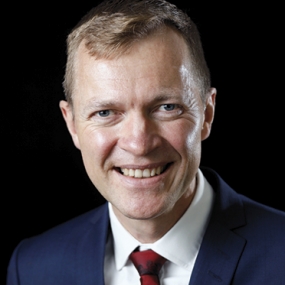 Term of office on Council

During Helgi's ten years as a consultant and six years as clinical director much has changed in the anaesthetic practice and in the NHS. Through coverage in the media anaesthesia is now better understood by the public, and  significant credit should go to the College for their engagement with patients, the public, and particularly their support for junior doctors in recent years.

Helgi has had a keen interest in training and remains an educational supervisor despite holding a clinical director role. When interviewing for core training posts he has been constantly impressed by the calibre of candidates being recruited into anaesthesia. He continues to work on reducing the paperwork of training and making it more streamlined, giving the trainee more time to pursue their subspecialty interests without having to prolong their time in training posts. He also believes the FRCA exam needs to become more relevant to modern anaesthesia.

Helgi is a good communicator, proactive, realistic, and fiercely proud of working in the NHS and believes anaesthetists should celebrate it rather than denigrate it, and defend the care given. Helgi thinks anaesthetists should also be open to new ideas, but not allow service to be starved of funds and capacity.