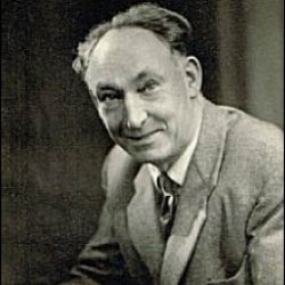 Dr Sandiford worked at Croydon General Hospital, and afterwards was a GP, initially in Felpham, West Sussex, and in 1945 moved to Emsworth, West Sussex and in 1948 to Southsea. During these years he was working in Portsmouth and became an anaesthetic consultant with Portsmouth Hospitals. He owned a nursing home at 24 Lennox Road in Southsea until The National Health Service was established. In the late 1940’s and early 1950’s he had a busy practice with Dr Philip Bromage extending from Worthing to Midhurst, Chichester, Portsmouth and The Isle of Wight doing a lot of mileage with a portable Boyle’s machine and cylinders in the boot of his car for nursing home and domiciliary surgery.

Dr Sandiford looked after the patients in iron lungs in Portsmouth during the polio epidemics of the 1940’s and 1950’s. A colleague, Dr Colin Olford, speaks of his great interest and enthusiasm in the care of paralysed polio patients. He was particularly proactive in getting them home to suitably modified domestic arrangements. At the time of his retirement in 1964 the British polio fellowship newspaper headlines “our well loved Dr Sandiford retires” and in the article speaks of his “iron lung caravan” probably the first in the world, in which he took polio patients from Priorsdean Hospital Respiratory Ward for day trips. The caravan was partly funded by a Christmas Appeal in 1956 by Gilbert Harding and built by the Fairview Caravan Company of Romford, Essex.

Dr Sandiford married Josephine Dorothy Trenerry on December 1st 1934 at a church in London that was destroyed during the war. They met when they were both working at Croydon General Hospital, where she was an SRN. Jo was involved with the English-Speaking Union for many years, and helped local charities. They had two daughters. Angela Jane was born in 1938 and Janet Elizabeth in 1942. Angela has a daughter Nicky. Angela died in February 2014. Janet (Williams) lives in Maine and has a son and a daughter. As a young doctor Brian rode a motorbike and he and friends would go camping at Brasted in Kent whenever they could get away. He graduated to a sail boat with enough space for the family, then to a caravan that didn’t have to catch the tide. He loved photography and did his own developing and printing. After he retired in 1964 he took up woodworking and when they moved to Devon he and his wife took up birdwatching among other things. They were both keen gardeners, loved to travel, and had a pied-a-terre in Frejus, France. Dr Sandiford died of liver disease (ascribed to anaesthetic gases) on December 19th 1974 aged 65

Sources and any other comments: Obituary, British Polio Fellowship newspaper, November 1964; A History of Portsmouth Hospitals - Anaesthetic Department; personal communications from his daughter.