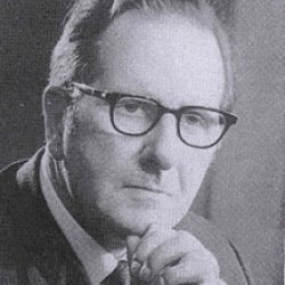 Dewar was one of the very few individuals of that time who practised anaesthesia full-time from the beginning of his career having, as a house surgeon, found that he had a talent for it.

Appointed as anaesthetist to Glasgow’s Victoria Infirmary in 1928, he went to London to learn from Boyle, Shipway, Magill & others before returning to the Victoria as Visiting Anaesthetist in 1929, also spending a day a week at both the Glasgow Dental and Ear, Nose & Throat Hospitals. He continued with these clinical duties for the rest of his career while becoming Director of Anaesthetic Services at the Victoria and, with the inception of the NHS, Consultant in Administrative Charge, a position he held until retirement in 1969.

Dewar led the development of anaesthesia at the Victoria in three ways: first, through his own clinical expertise; second, by the appointment in 1934 of a full-time resident anaesthetist, the first such in Glasgow; and third, in 1935, through persuading the hospital to adopt a policy of having all anaesthetics, elective and emergency, administered by specialists, probably the first hospital in the UK to do so. Prior to this most anaesthetics were administered by house surgeons and Dewar’s detailed study showed that mortality reduced from 1 in 840 (‘typical’ for the time) to 1 in 3,100. Although schooled in the older techniques he was quick to abandon them and learn newer ones as they evolved.

President of both the Glasgow & West of Scotland (1947) and Scottish (1954) Societies, and honorary president of the Southern Medical Society of Glasgow, he also served on the Councils of the AAGBI and the Section of the RSM.

A large man, both physically (he had rowed in the University eight) and intellectually, he was well read, a brilliant conversationalist and used his wit to good effect as a polished after dinner speaker. His personal recollections (reference below) of the early development of anaesthesia at the Victoria Infirmary illustrate the trials and triumphs of an early specialist anaesthetist, and his sense of humour. He and his wife had one daughter.