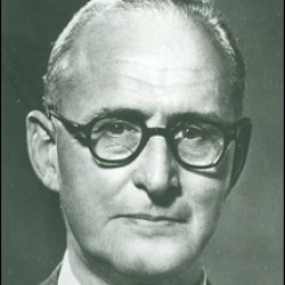 Also known as: Maggi or Paddy

After graduating, Magill spent a short time in general practice before becoming house surgeon, then resident medical officer (RMO), at Liverpool’s Stanley Hospital. In 1914, he was RMO at Walton Hospital for six months before joining the RAMC at the outbreak of WW1. Initially he was drafted to Kitchener’s Regiment, but then served as Medical Officer to the Irish Guards during the Battle of Loos. At the end of hostilities he was at the Barnet War Hospital, London, with duties which included giving anaesthetics. A query, apparently about post-war career intentions, led to him noting (at the suggestion of a surgeon!) that his specialty was anaesthetics and, within 36 hours, he was asked if he would go to Queen Mary’s Hospital, Sidcup. He agreed because it meant that he would be working close to his wife who was in London! This simple decision not only changed his life, but the face of anaesthetic practice. After demobilisation Magill continued to work at Sidcup, but as his technical expertise, to say nothing of his clinical expertise, became known he began to work elsewhere. Like others of that time he needed to undertake ‘private’ work (his practice was successful, lucrative and included the Royal Family), this being based on the London Clinic from 1933. He also acquired appointments to London teaching hospitals: the Brompton in 1923, and the Westminster in 1924 (he was the first full-time anaesthetist to work there). During WW2 he remained in London (his house was bombed, but he and his wife were out at the time) and became Anaesthetic Advisor to the Emergency Medical Service, and Civilian Consultant to the Royal Navy. He retired from his, by then NHS, hospital sessions in 1953, but continued to work in private, giving his last anaesthetic in 1972 (at age 84!).

On arrival at Sidcup Magill had no idea what work was involved, but he quickly found that it meant dealing with some of the most ‘anaesthetically challenging’ patients possible - soldiers with facio-maxillary injuries. The unit had been been set up to allow the pioneer plastic surgeon Major (later Sir) Harold Gillies to deal with some of the disfiguring consequences of ‘modern’ warfare. The double challenge of allowing surgical access while protecting the patient’s airway from both blood and surgical assault presented Magill and a fellow officer, Stanley Rowbotham (who became a life-long friend and collaborator), with immense difficulties at a time when only facemasks were available for the administration of inhalational anaesthetics. The story of how they did this is too long to tell here, but is well documented in the references and it is no exaggeration to say that their ingenuity resulted in the development of an armamentarium (airway devices, breathing circuits, connectors and inhalational drug delivery systems) still at the heart of modern anaesthetic equipment. It was not long before this work extended to anaesthesia for thoracic surgery as well, and throughout his career he was often the first to introduce a drug or technique to the UK. These developments did much to enhance the status of the anaesthetist, but Magill also worked on that in other ways. A distinguished surgeon, Sir Stanford Cade, noted that “To have Magill as one’s anaesthetist put the surgeon in a ‘class above’ other surgeons”. A fine comment (although note the use of the ‘possessive’), but such appreciation did not stop some of them almost literally instructing him on what technique to use. In the interest of his private practice he quietly endured this, but in later life was more forthright about some he had worked with! Status issues were discussed at the one London venue where anaesthetists could meet, the Section of the RSM. In 1931, as Secretary of that group, he proposed that the introduction of a Diploma would improve matters, a suggestion which others accepted. However, this could not be done under the auspices of the RSM, this being a major factor in the establishment of the AAGBI in 1932, with the first Diploma examination held in 1935. Much work was needed by others, but from there grew the Faculty (1948), the Fellowship examination (1953) and, eventually, an independent Royal College (1992). We owe this man much. Not surprisingly, he received many honours, starting with the DA(RCP&S) in 1935. He was President of the RSM Section (1937); received its Henry Hill Hickman Medal (1938); was the Robert Campbell Memorial Lecturer of the Ulster Medical Society (1939); elected FRCS (1951); received a DSc(Hon) from Queen’s University, Belfast, (1945) some recompense for their having rejected, many years before, an MD Thesis on blind nasal intubation because it was not considered to be of any practical importance (!); and in 1958 received the John Snow Silver Medal, then the highest award of the AAGBI, although there is now a Gold Medal named after him. For his services to the Royal Family he was appointed CVO in 1946, and advanced KCVO in 1966, the year in which he received the Gillies Gold Medal of the British Association of Plastic Surgeons and was the inaugural recipient of the Ralph Waters award from the American Society. He was elected FFARCS in 1948 (only the second after Marston, the first Dean), and later became an Honorary Fellow of both UK and Irish Faculties.

Magill’s father was a respected draper in Larne who married a doctor’s widow (Sarah McCrea, nee Whiteside), and Ivan was the fourth of six children. Being a strong, athletic man who cherished his fitness did not stop him enjoying both strong tobacco and whisky. A ‘safe’ in his office at the London Clinic contained several bottles, his welcoming “Would you like a sherry” resulting in presentation of a large measure of something much stronger! In spite of the honours he remained a modest quiet man, albeit with a taste for practical jokes. He and Edith Robinson had become engaged while they were both medical students and they married in 1914 (her MD thesis was approved!), but there were no children. They lived in Welbeck Street, London, but missed few opportunities to travel to Hampshire for him to fish for trout (a life long enthusiasm) on the Houghton beat on the Test while she painted. Edith died in 1973 and he moved to smaller accommodation nearby in Hallam Street that allowed him to remain independent and continue to attend the RSM for many more years. Shortly before his death he moved to Bristol to live with a nephew.

Sources and any other comments:
Much has been written about a man of such achievements, but a good starting place is Anthony Edridge‘s biography: Sir Ivan Whiteside Magill 1888-1986 (Careers in Anesthesiology Vol IX, published jointly in 2005 by the Wood Library-Museum of Anesthesiology and the AAGBI, ISBN 1-889595-14-4). For an account of his work, particularly at Sidcup, see Stanley Rowbotham’s account (Br J Anaesth 1951; 23: 49-55), and for the breadth of interest, K Bryn Thomas’s bibliography (Anaesthesia 1978; 33