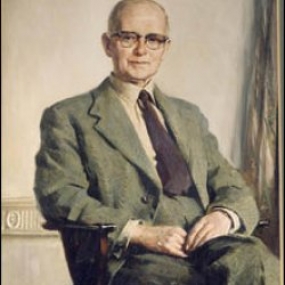 After graduation Gillies was house physician at the Cumberland Infirmary, Carlisle before entering general practice in the West Riding of Yorkshire in 1924. Administration of Anaesthetics was a major part of his work, and recognising that he needed wider experience and training if he was to specialise he moved to London in 1931, working with Magill amongst others before returning to Edinburgh, initially as anaesthetist at the Royal Hospital for Sick Children (Honorarium £50 per annum!) in 1932. Shortly thereafter he started to work with the professorial surgical unit in the Royal Infirmary where a Department of Anaesthetics was founded with Gillies as its head in 1940.

In 1948 he became Director of Anaesthesia at the Royal Infirmary and Lecturer (later Simpson Reader) in Anaesthesia to the University of Edinburgh, posts he held until retirement in 1960. He was also the first Adviser in Anaesthetics to the South East Regional Hospital Board in Scotland.

Gillies was meticulous in his clinical practice and known as an excellent teacher. He devised his own commercially produced anaesthetic frame (see McKenzie AG. Anaesthesia 2008; 63: 771-7) and with RJ Minnit was co-author of ‘Textbook of Anaesthetics’, editions six and seven. Collaborating with HWC Griffiths he described the technique of high spinal anaesthesia to induce hypotension and produce a ‘bloodless’ operating field, coining the term ‘physiological trespass’ to help define this extension to the limits of anaesthetic intervention. He made major contributions to the organisations of the specialty, being elected to the AAGBI Council in 1943, and serving as President (1947-50) at a crucial time for the specialty. He served on the Board of the BJA in the 1940s and was one of the prime movers in the re-establishment of the Scottish Society after WW2, serving as President for 1950-1. He was also President of the Section of Anaesthetics RSM (1951-2) and of the then Association of Anaesthetists of Edinburgh (1952-3), and served (1951-4) on the Interim Committee whereby the WFSA was established in 1955. He was a founder member of the Board of the Faculty of Anaesthetists, serving as vice-Dean for 1957-9.

A quiet, modest man, he married Agnes McGilchrist Anderson and they had four children, three of whom became well-known anaesthetists. He maintained a keen interest in golf & rugby football, and musical evenings were held at his home with the participation of all the family. The death of his wife in 1975 was a bitter blow from which he never really recovered and he died the following year. Since 1978 the Scottish Society of Anaesthetists has held an annual Gillies Memorial Lecture, the topic to be the promotion of ‘safe clinical anaesthesia’.

Sources and any other comments: [1] Helliwell PJ. Obituary. Anaesthesia 1976; 31: 1311-3 [2] An autobiography written for the 1972 Newsletter of the Scottish Society of Anaesthetists provides a fascinating account of life and medicine in the first half of the 20th Century. The photograph is courtesy of the Department of Anaesthetics, Royal Infirmary of Edinburgh.