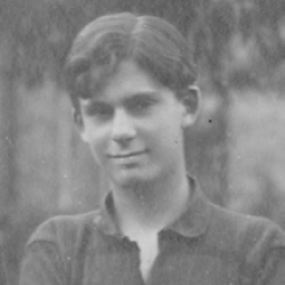 Had published papers on a range of topics by 1934, but nothing traced thereafter.

His father was a Baptist Missionary in India. Having started his medical studies in 1916, Hasler joined the Liverpool Regiment as a private in 1917 and won the Military Medal in 1918 before returning to his studies. He does not appear to have ever used the post nominal ‘MM’ himself, but it seems appropriate to include it below. Keenly interested in natural history, he was involved with several relevant societies, and also served his school’s old boy association, acting as president during WW2.

Sources and any other comments: Medical Directory | Ancestry.co.uk | Archives at Eltham College, notably for the photograph and an obituary