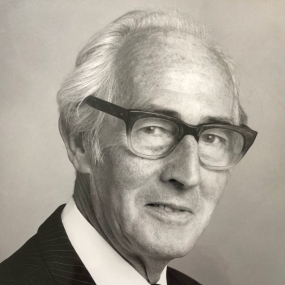 Also known as: Peter or OPD

First appointment (1939-40) was as resident casualty officer with other duties (“a curious wartime mixture”) at the Middlesex, remaining there for two years as senior resident anaesthetist. He then spent four years in the RAF, becoming an anaesthetic specialist, attaining the rank of Squadron Leader and serving in North Africa, Italy & the UK. Demobilised in 1946 he returned to the Middlesex as honorary anaesthetist, becoming a consultant in1948, a post he held until 1982. From 1970 to 1984 he was also honorary anaesthetist to St Luke’s Hospital for the Clergy.

Early interests were obstetric & dental anaesthesia as well as anaesthetic accidents, the latter leading him to focus on making major contributions to the safety of equipment through involvement in British, European and International standards organisations. He taught & published widely, and contributed to the administration of his department & hospital as well as to the organisations of the specialty. At the AAGBI he was honorary secretary (1963-6) & vice president (1973-5), was made an honorary member (1986) and received the Pask Certificate (1997). He was president of both the RSM Section (1966-7) and the Society of Anaesthetists of the South West (1977-8). He was also interested in the history of the specialty and was a founder member of the History of Anaesthesia Society.

The son of a gynaecological surgeon he married Margaret Yeomans, a dietician, and they had a son (solicitor) and a daughter (consultant child psychiatrist). His long term hobbies were motor-cars (always to be found with a screw-driver in his pocket to assist others in the hospital car-park!), sailing, the Church of England and freemasonry, adding gardening in retirement (“of necessity”!).