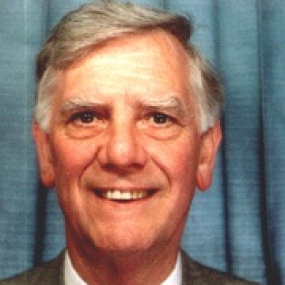 Peter’s initial appointments were house surgeon Manchester Royal Infirmary, house physician, Royal Lancashire Infirmary (RLI) and SHO posts in obstetrics, paediatrics (at Bradford Children’s Hospital) & anaesthetics. Intending a career in GP he was then an assistant in Lancaster before undertaking a further 18 months in anaesthetics at RLI before becoming a principal with anaesthetic sessions. Encouraged to specialise he passed the primary while in GP and joined the Manchester training scheme in 1964, serving as registrar and SR to become a consultant at Royal Manchester Children’s Hospital in 1967, a post he held until retirement in 2000. He held honorary lectureships in both anaesthetics & paediatrics, and his research led to appointment as visiting fellow, later visiting professor, in Salford University’s Department of Aeronautics and Mechanical Engineering (1971-95).

As the first full time paediatric anaesthetist in Manchester Peter took the lead in developing services locally, notably the establishment of a paediatric ICU. He was a founder member of the APA (1973), later serving as council member (1979-84), secretary/treasurer (1984-7) & president (1991-3). He was an early advocate of the APA including non-full time paediatric anaesthetists, and was appointed an honorary member in 1997. In retirement his skills in administration led to co-option back to council to advise on reform of the association’s structure. From 1992 he was also a member of the executive committee of the Federation of Associations of Paediatric Anaesthesia, served as its treasurer (1997-2005), made major contributions to its academic programmes, and was awarded its Diploma of Honour (2007). He was a skilled lecturer, receiving many invitations to speak at home & abroad. He also found time to serve the major organisations of the specialty: Faculty/College Board/Council 1988-96, chair part 1 examiners (1991-6), secretary JCHTA (1991-4), vice president (1993-5); AAGBI council (1982-5), hon secretary (1986-8), vice president (1989-91). In retirement he had time to pursue his interest in the history of the specialty, having been a founder member of HAS (council member 2002-4, president 2004-6, host for the 6th International Symposium in Cambridge 2005).

Peter presided with aplomb & humour, and was always keen to find a solution to any problem – when HAS had a storage problem, he solved it byproviding space in his garage! He was survived by his son (another predeceased him) & daughter, and his partner, Barbara Shepherd.