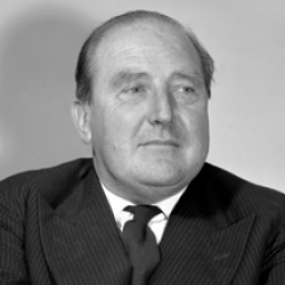 After qualifying Beaver was sequentially house physician, resident anaesthetist, senior resident anaesthetist, and clinical assistant to the TB clinic at St Thomas’s, later becoming honorary anaesthetist at the Dreadnought Hospital, Greenwich. Before WW2 he also started his work at Queen Square’s Hospital for Neurosurgery, but in 1940 joined the RAMC to serve with a thoracic unit in North Africa, Italy & France, ending the war as a Major. Demobilised in 1946, he returned to London and subspecialty practice at Queen Square (where he became senior anaesthetist), London Chest & Queen Elizabeth Hospitals, the latter a paediatric facility in Hackney. He retired in 1971.

Although he worked in three very different clinical areas he was said to show “great expertise” in all, even if best known for his work at Queen Square where he was a pioneer of artificial ventilation. Frustrated by contemporary equipment, he applied his mechanical skills to produce (from items found in his garage!) a simple, reliable lung ventilator which was eventually produced commercially.

Beaver married Gabrielle Seagrim in 1935, and they had two daughters. A motor sport enthusiast, he was good enough a driver to act as reserve for some of the great teams of the inter-war years (a journey across London with him at the wheel was “an unusual experience”!), and in his later years he acted as medical adviser to racing drivers. A better than competent painter (a number of pictures were accepted by the Royal Academy), he specialised in scenes of London streets and waterfronts with boats, the latter reflecting his interest in sailing, a hobby pursued in retirement in Cowes.

Sources and any other comments:
Obituary. BMJ 1975; 3: 103 | See also the on-line history of Queen Square Hospital: www.uclh.nhs.uk/OurServices/ServiceA-Z/Neuro/ANAE/Pages/HistoryQSNANCC.aspxaccessed on 31/03/2017 | Archives of New College Oxford | Image courtesy of the Queen Square Archive