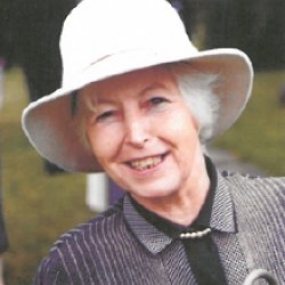 Initial appointments were in Glasgow as house physician, Eastern District Hospital, and house surgeon, at the Royal Infirmary, after which she worked in her father’s general practice. However, she decided to specialise and started her anaesthetic training as resident anaesthetist at Glasgow Royal Infirmary in 1948, subsequently becoming a registrar. Based in London from 1951 she held no definitive appointment until 1961 when she was appointed consultant to St Mary Abbot’s Hospital, Kensington. After three years she moved to the James Paget Hosital, Great Yarmouth, but was back in London two years later, soon obtaining a consultant appointment at Ealing General & Perrivale Maternity Hospitals, a post she held until her retirement in 1985, although she continued to work in private practice for another three years.

Obstetric anaesthesia was her major clinical interest (although both children were ‘home’ deliveries), pioneering the use of epidural analgesia at Perrivale and being a founder member of the OAA. She also undertook dental anaesthetic sessions with her sister, Lily and a dental colleague from her Glasgow student days.

From a medical family, her GP father won the MC during WW1, and her brother also qualified in medicine as did both her children. The move from Glasgow to London was to allow her lawyer husband to train as a barrister, and most of her professional work to 1961 was as a locum in and around Kingston upon Thames. A sociable person, her early interests included bridge, golf and sailing although divorce in 1963 changed much. The move to East Anglia (where her dentist sister lived) was in the hope that it would facilitate life as a ‘single’ parent, but the post left much to be desired and she returned to London. A motoring & motor sport enthusiast (member of the RAC in Pall Mall) she continued to drive until she was 89, enjoyed her garden and was a member of Soroptomist International (president of Richmond & Twickenham branch). In retirement she travelled widely and volunteered for the National Trust at Polesden Lacey.