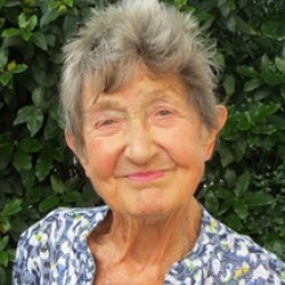 Her early anaesthetic training was at Bristol Royal Infirmary, Albany Hospital & Medical College, New York and, as a registrar, at St Bartholomew’s Hospital, London. She was then senior registrar at Westminster & Kingston Hospitals before becoming consultant to the Chelsea Hospitals Group in 1960 (her main focus being St Stephen’s Hospital), a post she held until retirement in 1987.

Induced hypotension was an early interest and, as a consultant she did much to improve the services of her hospital. In 1960 there were only two operating theatres and one ventilator; when she retired in 1987 it had four well equipped theatres, a large recovery area and an adjacent ICU . She also introduced epidural analgesia in labour at an early time and started a pain clinic. Beyond anaesthesia she organised a communal meeting area where the hospital’s consultants could discuss important matters. She was a great supporter of, and mentor to, trainees and an important role model when there were few females in senior posts in British hospitals.

Like her parents she was a committed Unitarian, devoting herself to its Kensington Church from 1954 onwards. She married an architect, Thomas Atterton, but they eventually divorced and there were no children. In retirement she enjoyed her cottage in Wepham (near Arundel) where she demonstrated her skill as a gardener by winning prizes, and entertained her friends with great generosity.