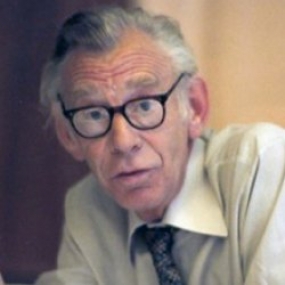 Initial posts were as house surgeon, Westminster Hospital and house physician, Hillingdon Hospital, London after which he spent two years in the RAMC (promoted Captain). His national service ended in Malaya and he stayed on in Singapore to spend two years in GP, narrowly escaping death when his car was mistakenly ambushed by rebels after visiting a rubber estate in South Johore! Experience of anaesthesia led to the decision to specialise so, at the end of 1954, he returned to the UK to train, intending to return to the Far East. He sought advice from Sir Francis Fraser at the BMA who arranged an unpaid attachment to the Postgraduate Hospital, Hammersmith. Inspired by the training there, and realising the opportunities available to aspiring anaesthetists in the UK after meeting Sir Robert Macintosh, he decided to stay. First appointments were as SHO and registrar in Chelmsford before moving to Coventry in 1956. After just over a year he was appointed SR at the Queen Elizabeth Hospital, Birmingham, becoming consultant there, and at the Midland Centre for Neurosurgery in Smethwick, in 1960, also holding an appointment as senior clinical lecturer at the University of Birmingham. From 1978, until retirement in July 1990, he worked solely at the QEH.

An early publication was on GA for dentistry, but thereafter he focused on neuro-anaesthesia & related subjects. He was a founder member of the Neurosurgical Anaesthetists’ Travelling Club (now the Neuro Anaesthesia & Critical Care Society) and the lead author of what became the definitive UK book (certainly for trainees) on this sub-specialty. A widely travelled lecturer he also served as an examiner for our final fellowship.

Married to Audrey Speller they had five children, two sons (one of whom studied medicine) and three daughters. Audrey sadly died in 1990: he had a second long and happy marriage to Cicely, an old family friend of Audrey. He had a wide range of non-medical interests; opera, gardening, salmon fishing and dinghy sailing being the longest lasting.