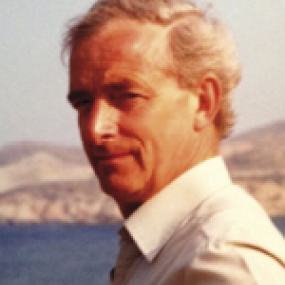 Dr Wilfrid Fothergill, MB BS FFARCS, affectionately known as ‘Pip’, died peacefully at the age of 87 on 21 October 2016.  He was living in a nursing care home in Wageningen, Netherlands close to Bennekom, his home of 38 years. He gained the Fellowship of the Faculty of Anaesthetists on 12 October 1967.

He arrived in Bennekom, a small town near Arnhem, in 1978 when he became a partner in the anaesthetic practice covering the local hospital, the Streetziekenhuis. His practice grew and merged over several years and he continued working until the age of 72.   Prior to his move to the Netherlands he had practiced for 10 years as a Consultant in Gateshead Area Health Authority, primarily at the Queen Elizabeth Hospital, and, prior to that, had served as a doctor in the RAF on home soil and at RAF Wegberg in West Germany and RAF Changi in Singapore. When he left the RAF in 1968 he had risen to the rank of Wing Commander. He had joined the RAF in 1952 immediately after graduating in medicine from the University of Newcastle, then Armstrong College, a part of Durham University.

Pip married Joan Nicholson in Whitley Bay in 1953. Joan made the move to Bennekom but returned to Newcastle in 1983 where she died in 1994 aged 63. Pip had married Ann Chadwick in 1991.  Ann was diagnosed with Alzheimer’s in 2014 and is cared for in the same care home in Wageningen where Pip died.

Pip is survived by his five children of his first marriage, Katie, Penny, Susan, Nicola and John, and is also fondly remembered by Ann’s children, Carolyn and Vikki.