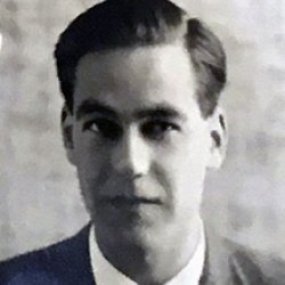 During 1950 Roy was casualty officer and house physician at The London, then obstetric house surgeon at Hillingdon Hospital. In 1952 he went to Canada as resident anaesthetist at Queen Elizabeth Hospital, Montreal before serving in the Royal Canadian Airforce as obstetrician and anaesthetist until 1957. Returning to the UK he was Nuffield Research Assistant with Sir Robert Macintosh in Oxford for three years, this followed by a year (1961-2) as assistant professor at McGill University back in Canada. Exact dates during this time are notclear, but in 1962 he was appointed research fellow in anaesthetics and thoracic surgery at The London, becoming consultant anaesthetist the following year, and professor & chair of the department in 1968. Seven years later he accepted the position of chief of department at Baylor University Medical Center, Dallas, Texas, taking so many colleagues with him that London’s ‘Evening Standard’ newspaper asked if the last doctor to leave could please turn out the lights! He stepped down as chief in 1989 and retired in 1993.

Fiercely competitive, and a stickler for detail, Roy was hugely successful in Oxford, London and Dallas. He was the only clinician to achieve a DPhil during Macintosh’s time, and also completed a study of postoperative epidural analgesia in patients with respiratory deisease, being among the first to show that proper pain relief can improve the outcome from surgery. In London he developed a very successful clinical service, including an ITU (his preferred term), and academic department, also producing an early cerebral function monitor and a seminal paper salvaging halothane’s reputation from frequent accusations of causing hepatitis. In Dallas, he fought many political battles, all with the aim of producing, as in London, a successful academic department and a high quality service to patients. He introduced the ‘Grand Round’ concept to ITU (although not all the trainees seem to have ‘enjoyed’ his interrogations!) and a training programmes for technicians.

A successful athlete, he was reserve sprinter for the UK at the 1948 London Olympics, and played rugby for both Harlequins & Newport. Married (on a Thursday, Saturdays were for rugby!) to Ann, they had three children: Jane, Tim & Robert.

Sources and any other comments: Obituary. BMJ 2012; 345: 35 – the photograph here, of Simpson as a young man, is copyright of Queen Mary College, University of London | Beinart J. A History of the Nuffield Department of Anaesthetics 1937-1987. Oxford: OUP, 1987 | The London Hospital Medical School Archive | McGill University Archive