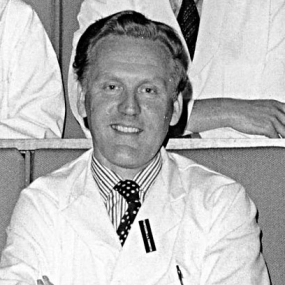 Initial appointments (house physician, house surgeon & SHO in anaesthetics) were at Lewisham Hospital, and he then returned to Guy’s as resident anaesthetist. Between 1953-6 served as a specialist in anaesthetics in the RAMC, spending 1954 as lecturer in the Kitchener School of Medicine in Khartoum. From 1956 lecturer in experimental medicine at Guy’s, first graded as a registrar and then senior registrar, before being appointed a consultant to the Sheffield United Hospitals in 1961. Moved sideways to a senior lecturer post two years later, becoming foundation professor in 1971. In 1983, went to the Chinese University of Hong Kong, again as foundation professor, this time of anaesthesia & intensive care, holding this post until retirement in 1988 although continuing to fill locum posts for a few years thereafter.

Research, much of it on drug reactions and with a focus on dental sedation, was a feature throughout his career, the basis of a wide range of publications. Elected FFARACS in recognition of his work. Served a term on the Board of our then Faculty and was Advisor in Anaesthetics to the Briitsh Army.

Married to Elizabeth they had four chidren: Charlotte, Rachel, Rebecca (her son a doctor) & Christopher, a professor of fungal immunology. A keen painter in water colours he was also a steam railway enthusiast, building one eighth scale models from scratch himself.