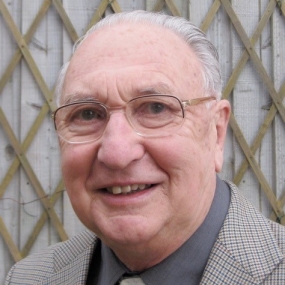 After qualifying he was house physician, University College Hospital, London and house surgeon, Norfolk & Norwich Hospital, for six months each before spending two years in the RAMC with BAOR, the first year as a regimental MO, the second as the sole anaesthetist (after three weeks ‘training’ from his predecessor!) at British Military Hospital, Hamburg. He returned to UCH in 1952 for formal training, working as resident, SHO & registrar before spending 1954/5 as a fellow at Massachussets General Hospital with a Rickmann Godlee Travelling Scholarship from UCH. He was senior registrar at UCH until appointed consultant at Hammersmith Hospital, London in 1958 with lecturer status in the Royal Postgraduate Medical School. Advanced successively to senior lecturer (1963), reader (1967) & professor (1970), he moved to the Nuffield chair in Oxford (also fellow of Pembroke College) in 1980, retiring as professor emeritus & honorary fellow of Pembroke in 1991.

Important early influences during his training were Drs Massey Dawkins, Bob Cope and Bernard Lucas, plus the year in the USA: the UCH scholarship allowing him to visit 41 North American hospitals, and gain his first experience of research. The project, a comparison of mortality after either ether or thiopentone/NMB anaesthesia, was inconclusive, but taught him much about research. At the Hammersmith he studied the management of tetanus, spending 6 months in Durban, South Africa, where his work reduced mortality from 80 to 21%. The experience stimulated his interest in ventilators, but back at the Hammersmith his activities focussed on anaesthesia for open-heart surgery (introducing artificial ventilation in postoperative care, and using then new methods of blood gas analysis in research), studying respiratory physiology (inspired by Drs Philip Hugh-Jones & John West), and setting up (on his return from Durban) the UK’s first in-hospital resuscitation programme.

However, his interests soon came together with long term programmes on the respiratory effects of anaesthesia, major surgery and artificial ventilation. On moving to Oxford, and assuming the Nuffield Chair, he was initially occupied by reorganising the rather complicated inter-relationships between the NHS and University sides of the department. However, he benefitted from a University ‘setting-up’ grant and was soon able to establish a cardiorespiratory laboratory for studies of the pulmonary circulation and the effect of cardiovascular drugs on pulmonary shunting. Further supported by an impressive series of grants, and in collaboration with Pierre Foëx (who later succeeded him), this allowed continuation of his own studies and the training & supervision of many research workers, clinical & non-clinical. He also  appointed two new independent researchers, John Sear (clinical pharmacology) and Henry McQuay (chronic pain), to widen the scope of the department.

At a personal level he maintained his clinical activities, including on-call, and taught medical students & trainees. The breadth of his research, interests & collaborations is reflected (from time in both centres) by the topics (& co-authors) of the books he was associated with: respiratory failure (McNichol MW, Campbell EJM), clinical measurement & monitoring (Vickers MD, Hull CJ), respiratory support (Young JD) and history of medicine/anaesthesia (Bunker J). Many other publications resulted (over 150 original journal articles alone), as did requests to lecture in many centres, not just across the UK, but around the World - of the 16 major invited eponymous lectures he gave, nine were overseas.

In parallel with this considerable activity he gave huge support to the organisations of the specialty which, in turn, honoured him. The list is extensive, but notable are Faculty/RCoA: faculty board 1969-85, FFA examiner 1968-82, Clover medal 1976, Buxton prize 1980, Faculty medal 1980; AAGBI: council 1967-70 & 1986-9, editorial board ‘Anaesthesia’ 1992-7, vice-president 1990-2, hon member 1992, Snow medal 1992; BJA board 1978-89; ARS: founder member & speaker at first meeting 1958, hon member 1992; RSM section: president 1989-90, Hickman medal 2008; HAS: council 2003-6, hon member 2007. Awarded honorary fellowships by both South African (1979) & Australian / New Zealand (1989) Colleges, and honorary membership of 8 overseas societies, he was, in 1980, elected MA by Oxford University. Beyond the specialty he contributed to hospital, university & national committees, these indicating his wider range of interests: academia, education, administration & clinical standards. Such involvement made him a natural for appointment as Consultant Advisor in Anaesthetics to the CMO at the Department of Health in 1986, a position earning him his knighthood in 1991 and which he held until 1992.

Married to Michelle (nee Ratcliffe), an art historian, they had four children, although Michelle and two of them predeceased him. Recreations included gardening, stone carving, sailing, natural history and music.

Author: This account has been produced using information provided by Sir Keith before his death, supplemented by material from his daughter, Susie who kindly provided the photograph, Prof Pierre Foëx, & Dr Jean Lumley.

Sources and Comments: A copy of his full CV, with a complete listing of activities, publications and achievements, is ‘on file’ at the College.