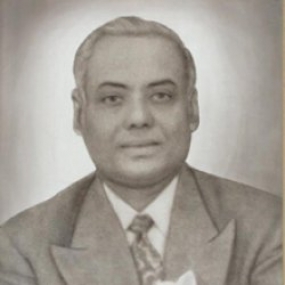 Sircar trained in anaesthesia in the UK, spending at least seven months (1939-40) with Macintosh at Oxford, and with Ralph Waters in the USA before returning to India and becoming honorary consultant at the King Edward Memorial Hospital and other hospitals in Mumbai. Later he was Head of the Department at the King Edward Hospital and the associated Seth G.S Medical College, Mumbai.

He introduced cyclopropane into India and made significant contributions to the organisations of the specialty. He was a founder member of the Indian Society in 1945, its first Honorary Secretary from 1947 to 1951, and President in 1958. He edited the Indian Journal of Anaesthesia in 1959.

His experience with Macintosh and Waters obviously encouraged an interest in research, and Sircar was known to fund projects himself. He received his Fellowship when Macintosh and Mushin visited India in 1952.

Sources and any other comments: Personal knowledge of Prof Vasumati Divekar who kindly provided the photograph | Beinhart J. A History of the Nuffield Department of Anaesthetics, Oxford 1937-87. Oxford, OUP. ISBN 01926148X